Bananas are NOT “fattening”, but actually quite nutritious! 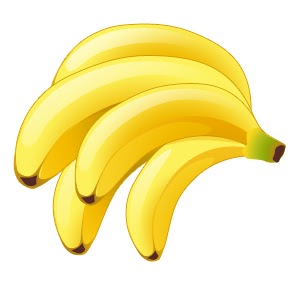 It boggles my mind that so many people come to me saying they avoid eating bananas because they believe them to be “fattening” and high in sugar. While, yes, they do contain sugar, I still rank them as one of the healthiest fruits for you, especially those of us fitness enthusiasts. Anything can be “fattening” if you eat more calories than you need, so why bananas specifically got this bad reputation is still unclear. Bananas do have less water content than other fruits, so they are more sugar-dense, but still, pretty low in calories and super high in nutrient quality!

One medium (7”, 120 g) banana has about 105 calories, 19 of sugar, no fat, and is a good source of fiber (3 g), potassium (13% DV), Vitamin C (15%), manganese (17%), and Vitamin B6 (22%). Bananas are great for athletes fueling a workout, providing healthy carbs post-workout, while also being a great source of electrolytes. They are also great for digestive health and may improve the absorption of calcium. A recent study shows that cyclists who ate bananas prior to exercise compared to those having a sports drink performed better and experienced a boost in mood due to a positive shift in dopamine. So, eating a banana before spinning may give you more power and make you happier while exercising!

My recommendation: Eat a banana before your morning workout to ensure that your body has energy and electrolytes to run on and keep you working hard. After a workout, eating a banana and nonfat yogurt or glass of milk is a much healthier recovery option than eating a processed sports bar or “protein shake.” Try freezing bananas (without the peel) and blending to make a faux-ice cream. When bananas are frozen, they get a very creamy consistency- thus the reason you see frozen banana stands popping up on boardwalks and frozen banana kitchen gadgets (see below!). Your kids will probably think they are just eating banana-flavored ice cream, so they won't even have to know it's healthy and low-calorie!

Coffee is good for you?! 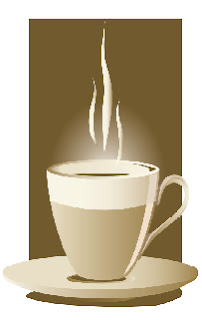 I surprise most people when I say that I am a big advocate of coffee. For some reason, most people I come across are afraid to tell me that they drink coffee and believe I will tell them it is bad for them. Quite the contrary! Personally, I really like coffee and probably drink 12-16 oz each day. While I advocate coffee, I do not advocate drinking copious amounts (more than 3 cups/day) because doing so can stress the heart.

Here are my reasons why coffee is healthy:

1. If it’s black, it is a very low-calorie beverage choice

2. The caffeine in it can actually aid in weight loss and boost the metabolism

3. Studies have shown that heavy coffee drinkers are at significantly lower risk of getting type 2 diabetes than non-coffee drinkers (possibly linked to the increase in metabolism) (2)

4. In men, coffee is shown to be protective against Parkinson’s disease

6. Drinking tea and coffee during midlife may help protect against Alzheimer’s and Dementia later in life (3)

8. The caffeine content of coffee varies on the brew style and type of bean, but is generally safe unless consumed in high quantities or consumed by people with pre-existing heart condtions or other illnesses where coffee is not recommended. Research is still inconclusive, but seems to support that coffee consumption does not increase blood pressure long-term.

Below is the average caffeine content of coffee beverages (4):

Negative side effects of coffee consumption:

1. It may inhibit the absorption of iron (and other nutrients), which can lead to iron deficiency anemia

2. Caffeine in coffee may aggravate pre-existing conditions such as GERD and heart arrhythmias and may lead to dependency

3. In one study, there were thousands of chemicals found in roasted coffee, and 19/28 were rodent carcinogens. However, humans have many protective enzymes against these carcinogens and they may not be harmful (5).

My recommendation:
Enjoy your daily cup of coffee (or two) but do not add excessive amounts of sweetener or half-and-half. Sure, you can use it if you watch the rest of your diet… just don’t be like Manny on Modern Family who adds several sugar packets to one ounce of expresso. Also, be wary of flavored creamers which often contain Partially Hydrogenated Soybean Oil (trans fat)- even if they say they are fat free!!! They also probably contain High Fructose Corn Syrup, so just read the label.

How to Stick to Your Weight- Loss Resolution

It’s the beginning of a new year which means many people have committed to “going on a diet” and “exercising more.” If history repeats itself, most likely many of these people will have given up two weeks from now. If you want to be successful at losing weight this year, follow my 5 simple tips:

1.       Be specific- Instead of setting a “weight” goal, make one or two goals that you can easily check off when completed each week. Examples: Have my heart pumping hard (i.e.: moderate-intense cardio) for at least 30 minutes at least 5x/week; Do not eat after 8pm; Do not drink alcohol Mon-Fri
2.      Be realistic- If your goal is to weigh 140 pounds, and you have never been or stayed at that weight comfortably for more than a year, it is probably unrealistic. If you set a goal to get to the gym 6x/wk, that is probably unrealistic. Things come up that you can't "get to the gym", so find exercises that you can do outside of the gym setting like running, biking, Exercise TV, exercise DVDs, etc. Set realistic weight goals, and plan for unforeseen circumstances (e.g.: blizzard) so that you can adapt to barriers to your usual routine.
3.      Be positive- If you slip up one day, don’t beat yourself up. One day of having an extra cookie or one day of skipped exercise won’t derail your weight loss efforts. Get back on track the next day and stay positive!
4.     Do things you enjoy- Make sure your healthy new diet is full of foods you like and that your exercise regime is things that you ENJOY doing. If you are eating tasteless food or if your workouts are a dreaded chore for you, there is no way you will stick with it. Find new recipes and try new fitness classes this year!
5.      Make it a lifestyle- If your New Year’s Resolution is weight loss, try changing your thinking. You can’t (and wouldn’t want to!) be losing weight the rest of your life. After you reach your “happy weight” you will need to stick with the lifestyle changes you’ve already made to get to that point. Don’t think of this as a one-year commitment to a healthy diet and exercise, this is for life!
----------------------------------------------------------------------
A Note on Nutrition Counseling:

INDEPENDENCE BLUE CROSS and AMERIHEALTH Members: Personal Choice, Keystone Health Plan East, or AmeriHealth members may receive 6 free nutritional counseling sessions each year with me!
*Note: I am not a provider with Medicare or Blue Cross/Blue Shield

AETNA Members: Aetna reimbursement depends upon your specific policy. Many plans do offer 100% coverage for up to 10 visits per year!
Note: I offer package rates for clients paying out of pocket who do not have any of the insurance plans I am a provider with. I also have an E-Client package, so even if you live across the country I can work with you to meet your nutrition goals! To inquire, email me at: nutrition@clublamaison.com